Harryette Mullen was born in Florence, Alabama, and raised in Fort Worth, Texas. She has earned a B.A. in English from the University of Texas at Austin and a Ph.D. from the University of California, Santa Cruz. Early in her career as a poet, she worked in the Artists in Schools program sponsored by the Texas Commission on the Arts, and for six years she taught literature at Cornell University in Ithaca, New York. Mullen's work is driven by wordplay and allusion, centered in a larger tradition of African American writing and representations of black women. The poet Michael Palmer has noted that reading Mullen's work "is a bit like hearing a new musical instrument for the first time, playing against a prevalent social construction of reality." She teaches African American literature and creative writing in the English Department at the University of California, Los Angeles. Source 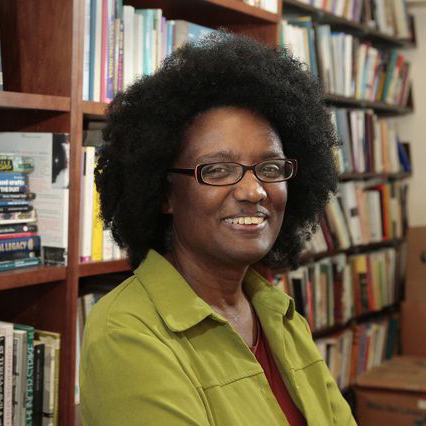 Elliptical
We Are Not Responsible