Patrick Roche (he/him) is an award-winning poet, performer, mental health advocate, and Carly Rae Jepsen enthusiast from New Jersey. Videos of Patrick’s work have amassed over 9.5 million views on YouTube, making him one of the most popular spoken word poets. Patrick has competed or been featured at multiple national and international competitions and festivals.Patrick serves nationally as an ambassador for the JED Foundation, promoting mental and emotional health, suicide prevention, and substance abuse awareness.

In recognition of his work as a touring speaker and performer, Patrick was named the 2020 Spoken Word Artist of the Year by APCA (the Association for the Promotion of Campus Activities), and he has featured at numerous conferences and conventions including the national conferences for both APCA and NACA (the National Association for Campus Activities).

His solo stage show debuted in 2020 and was featured on BroadwayWorld. It was then selected for Dixon Place’s HOT! Festival, the longest-running festival of its kind celebrating LGBTQIA+ theater and art.

Patrick is the author of the full-length poetry collection, A Socially Acceptable Breakdown (Button Poetry, 2021) and two other chapbooks. His work has appeared in or been published by Button Poetry, UpWorthy, Buzzfeed, The Huffington Post, NBC LX, MSN, Beech Street Review, Gal Pals Present, Freezeray Press, Voicemail Poems, and his mom’s fridge. His work explores mental health, grief, sexuality, body image, disordered eating, family, memory, love, joy, pop culture, and everything in between. Patrick is a 2014 graduate of Princeton University, where he studied Classics (specifically Latin and Greek poetry) and Education. He loves his dog very much. Source 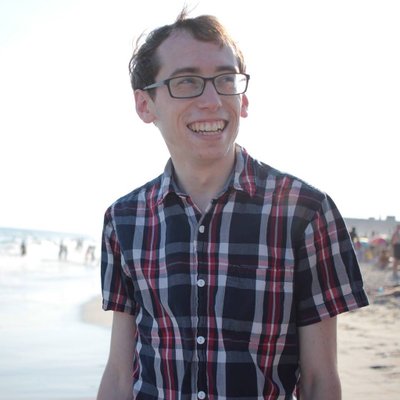