Puerto Rican poet, activist, and translator Jack Agüeros was born in 1934 in New York City. He served as director of El Museo del Barrio in East Harlem for nearly a decade, advocating the inclusion of Puerto Rican artists into the American art world of the 1970s. Agüeros was the author of three books of poems: Lord, Is This a Psalm? (2002), Sonnets from the Puerto Rican (1996), and Correspondence Between the Stone Haulers (1991), all published by Hanging Loose Press. He also published a collection of Julia de Burgos translations, titled Songs of the Simple Truth (1997). In 2012, Agüeros received the Asan World Prize for Poetry. Source 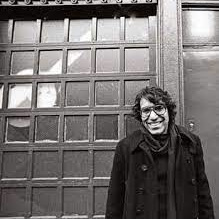 Sonnet: The History of Puerto Rico