Tom Wayman was born in 1945 in Hawkesbury, Ontario, half way between Montreal and Ottawa in the Ottawa River valley. Wayman finished high school, and attended the University of B.C., graduating in 1966 with a B.A. in Honors English. In 1966, Wayman won a Woodrow Wilson Fellowship and used it to attend the University of California at Irvine, south of Los Angeles, to do graduate work toward a M.F.A. in English and writing, which he received in 1968.  Wayman has published more than 20 collections of his poems, including My Father’s Cup (2002; shortlisted for the Governor General’s Literary Award), Dirty Snow (2012; winner of the Acorn-Plantos Award) and Winter’s Skin (2013; shortlisted for the Canadian Authors Association Award). His most recent book of poems is Watching a Man Break a Dog’s Back: Poems for a Dark Time (2020). In 2015, Wayman was named by the Vancouver Public Library a Vancouver Literary Landmark with a plaque on the city’s Commercial Drive commemorating Wayman’s contribution to Vancouver’s literary heritage based on his championing of work writing in the 1970s and 1980s. He is a director of the Calgary Spoken Word Festival Society (board president 2003-2012). He co-founded Nelson BC’s Kootenay Literary Society and its main project, the annual Elephant Literary Mountain Festival, and was a KLS director and member of the EMLF organizing committee (2012-2021). He also served on the organizing committee for the New Denver BC annual Convergence Writers’ Weekend (2012-2019), and has helped organize literary programming and readings over the years for Nelson’s artist-run Oxygen Art Centre. Source 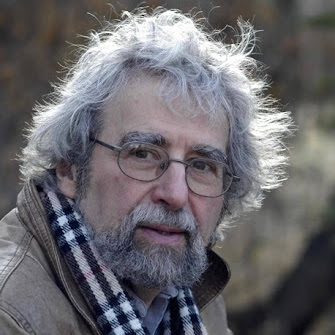 Did I Miss Anything?