Winner of the 2015 NCTE Award for Excellence in Poetry, Marilyn Singer was born in the Bronx (New York City) on October 3, 1948 and lived most of her early life in N. Massapequa (Long Island), NY. She attended Queens College, City University of New York, from which she received a B.A. in English, and for her junior year, Reading University, England. She holds an M.A. in Communications from New York University. In 1974, after teaching English in New York City high schools for several years, she began to write. In 1976, her first book, The Dog Who Insisted He Wasn’t, was published by E.P. Dutton & Co. Since then, Marilyn has published more than one hundred books for children and young adults. Her genres are many and varied, including realistic novels, fantasies, mysteries, short stories, non-fiction, fairy tales, picture books, and poetry. Her book, Mirror Mirror has garnered many awards, including: the Cybil Award for Poetry, 2011, an ALA Notable 2011; an CLA/NCTE Notable, 2011 and six starred reviews. In addition, it was a nominee for the Texas Bluebonnet Award and has been listed as a Capitol Choice Book, one of the year’s best books by the Washington Post, Horn Book, Booklist, Publishers Weekly, the New York Public Library, the Chicago Public Library, Scripps News Service, and blogger Betsy Bird’s list. Source 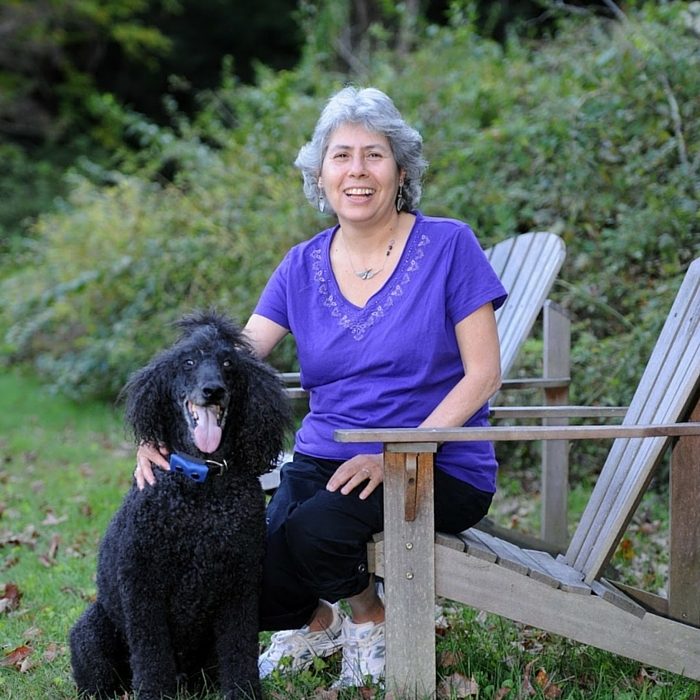 April Is a Dog’s Dream
recipe for understanding