Brendan Constantine was born in Los Angeles, the second child of actors Michael Constantine and Julianna McCarthy. An ardent supporter of Southern California’s poetry communities and one of its most recognized poets, he has served as a teacher of poetry in local schools and colleges since 1995. His first collection, ‘Letters to Guns,’ was released in February 2009 from Red Hen Press to wide acclaim.  His work can be found in many of the nation’s standards, including Poetry, Tin House, Best American Poetry, Poem-a-Day, Virginia Quarterly, Rattle, Prairie Schooner, Field, Chautauqua, and Poetry Daily. His most recent collections are ‘Dementia, My Darling’ (2016) from Red Hen Press and ‘Bouncy Bounce’ (2018), a chapbook from Blue Horse Press. Mr. Constantine has received support from the Getty Museum, James Irvine Foundation, and the National Endowment for the Arts.  Brendan has presented his work to audiences throughout the U.S. and Europe, also appearing on NPR’s All Things Considered, TED ED, numerous podcasts, and YouTube. He currently teaches creative writing at the Windward School.  In addition, he brings poetry workshops to veterans, hospitals, foster care centers, & shelters for the homeless. He is also very proud of his work with the Alzheimer’s Poetry Project. Since 2017, he has been working with speech pathologist Michael Biel to develop the first poetry workshop for people dealing with Aphasia. Source 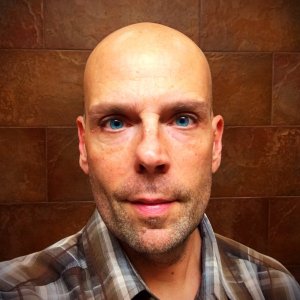 A Controlled Substance
What's Not to Love