Sara Teasdale was born in St. Louis, Missouri to a wealthy family. As a young woman she traveled to Chicago and grew acquainted with Harriet Monroe and the literary circle around poetry. Teasdale wrote seven books of poetry in her lifetime and received public admiration for her well-crafted lyrical poetry which centered on a woman’s changing perspectives on beauty, love, and death. Many of Teasdale’s poems chart developments in her own life, from her experiences as a sheltered young woman in St. Louis, to those as a successful yet increasingly uneasy writer in New York City, to a depressed and disillusioned person who would commit suicide in 1933. Although later critics and scholars have marginalized or excluded Teasdale from canons of early 20thcentury American verse, she was popular in her lifetime with both the public and critics. She won the first Columbia Poetry Prize in 1918, a prize that would later be renamed the Pulitzer Prize for Poetry. Source 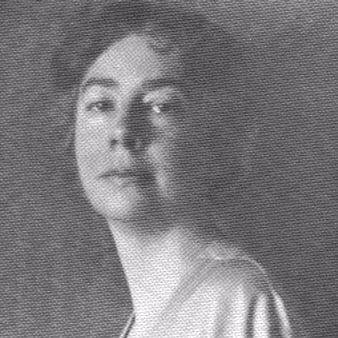 I am not yours
The Crystal Gazer
What Do I Care