While William Shakespeare’s reputation is based primarily on his plays, he became famous first as a poet. With the partial exception of the Sonnets (1609), quarried since the early 19th century for autobiographical secrets allegedly encoded in them, the nondramatic writings have traditionally been pushed to the margins of the Shakespeare industry. Yet the study of his nondramatic poetry can illuminate Shakespeare’s activities as a poet emphatically of his own age, especially in the period of extraordinary literary ferment in the last ten or twelve years of the reign of Queen Elizabeth. Interest in Shakespeare’s nondramatic writings has increased markedly in recent years. They are no longer so easily marginalized or dismissed as conventional, and they contribute in powerful ways to a deeper understanding of Shakespeare’s oeuvre and the Elizabethan era in which he lived and wrote. Shakespeare died on April 23, 1616, on what may have been his 52nd birthday. Source 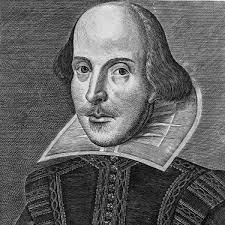 Sonnet 116: Let me not to the marriage of true minds...
Sonnet 18: Shall I compare thee to a summer's day?
Speech: To be, or not to be, that is the question