Originally from Moldova, Ruth Madievsky is a poet, fiction writer, and essayist living in Los Angeles. Her debut novel, All-Night Pharmacy, is forthcoming from Catapult in 2023. Her debut poetry collection, Emergency Brake (Tavern Books, 2016), was the winner of the Wrolstad Contemporary Poetry Series. Emergency Brake is one of Small Press Distribution's top 40 bestselling books in any genre of the last several years and has spent five months on their Poetry Bestsellers list. Her work has appeared or is forthcoming in Ploughshares, Tin House, The American Poetry Review, The Kenyon Review, Guernica, Literary Hub, Poem-A-Day, ZYZZYVA, The Iowa Review, Jewish Currents, and elsewhere. She was the winner of The American Poetry Review's Stanley Kunitz Memorial Prize, TheIowa Review's Tim McGinnis Award for fiction, and a Tin House scholarship in poetry. She is a founding member of the Cheburashka Collective, a community of women and nonbinary writers whose identity has been shaped by immigration from the Soviet Union to the United States. When she is not writing, she works as an HIV and primary care pharmacist. Source 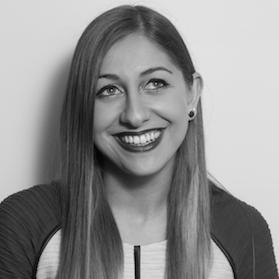 Everyone I Love is Drafting Their Own Eulogies