Jean-Louis Lebris de Kerouac was born on March 12, 1922 to French-Canadian parents in the working-class “Little Canada” neighborhood of Lowell, Massachusetts, a mill town some 30 miles northwest of Boston. He spoke only French until the age of seven, and his French-Canadian heritage, along with the Roman Catholic faith in which he was raised, was a strong influence throughout his life. He studied at Lowell High School, the Horace Mann School in New York City, Columbia University, and The New School. He became famous as Jack Kerouac, author of On the Road (1957), the novel that is considered to be a quintessential statement of the 1950s literary movement known as the Beat Generation. Source 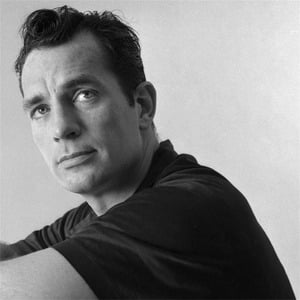 In Vain
The bottoms of my shoes