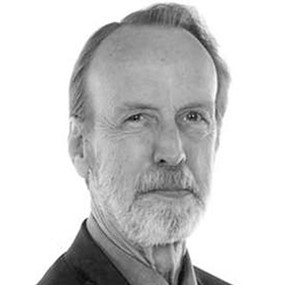 Robley Wilson is the author of three earlier novels: The Victim’s Daughter (Simon & Schuster, 1989), Splendid Omens, and The World Still Melting (St. Martin’s/Thomas Dunne Books, 2004 and 2005, respectively). He has also published three books of poetry, and six story collections, most recently Who Will Hear Your Secrets? (Johns Hopkins, 2012). His second story collection, Dancing for Men, won the 1982 Drue Heinz Literature Prize, and his first poetry collection, Kingdoms of the Ordinary, won the Agnes Lynch Starrett Prize—both from University of Pittsburgh Press. Wilson was a Guggenheim Fellow in Fiction, a Nicholl Fellow in Screenwriting, and was for 31 years the editor of the North American Review. Robley passed away in August, 2018 in Orlando. According to his wife, writer Susan Hubbard, he was surrounded by, “family, cats, books, and music.” Source

I wish in the city of your heart

I wish in the city of your heart

you would let me be the street

where you walk when you are most

yourself. I imagine the houses:

It has been raining, but the rain

is done and the children kept home

have begun opening their doors