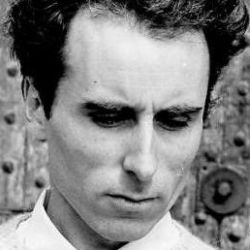 On February 18, 1925, Jack Gilbert was born in Pittsburgh, Pennsylvania. He was educated in Pittsburgh and San Francisco, where he later participated in Jack Spicer's famous "Poetry as Magic" Workshop at San Francisco State College in 1957. His first book, Views of Jeopardy (Yale University Press, 1962) won the Yale Younger Poets Series and was nominated for the Pulitzer Prize. Soon after publishing his first book, Gilbert received a Guggenheim Fellowship and subsequently moved abroad, living in England, Denmark, and Greece. During that time, he also toured fifteen countries as a lecturer on American Literature for the U.S. State Department. Nearly twenty years after completing Views of Jeopardy, he published his second book, Monolithos, which won the Stanley Kunitz Prize and the American Poetry Review Prize. The collection takes its title from Greek, meaning "single stone," and refers to the landscape where he lived on the island of Santorini. Gilbert is also the author of Collected Poems (Knopf, 2012); The Dance Most of All (2009); Transgressions: Selected Poems (Bloodaxe Books 2006); Refusing Heaven (2005); winner of the National Book Critics Circle Award, and The Great Fires: Poems 1982-1992 (1996). His other awards and honors include the Lannan Literary Award for Poetry and a grant from the National Endowment for the Arts. Gilbert was the 1999-2000 Grace Hazard Conkling writer-in-residence at Smith College and a visiting professor and writer-in-residence at the University of Tennessee in 2004. Gilbert died on November 13, 2012 in Berkeley, California after a long battle with Alzheimer's. He was 87. Source

that is too heavy, first with his arms

underneath. When their strength gives out,

he moves the hands forward, hooking them

on the corners, pulling the weight against

his chest. He moves his thumbs slightly

when the fingers begin to tire, and it makes

he carries it on his shoulder, until the blood

drains out of the arm that is stretched up

to steady the box and the arm goes numb. But now

the man can hold underneath again, so that

he can go on without ever putting the box down.