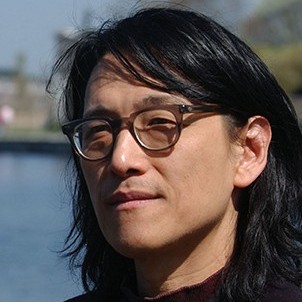 Li-Young Lee was born in 1957 in Jakarta, Indonesia, to Chinese parents. His father had been a personal physician to Mao Zedong while in China, and relocated the family to Indonesia, where he helped found Gamaliel University. In 1959, the Lee family fled the country to escape anti-Chinese sentiment and after a five-year trek through Hong Kong, Macau, and Japan, they settled in the United States in 1964. Lee attended the University of Pittsburgh and University of Arizona, and the State University of New York at Brockport. He has taught at several universities, including Northwestern and the University of Iowa. He is the author of The Undressing (W. W. Norton, 2018); Behind My Eyes (W. W. Norton, 2008); Book of My Nights (BOA Editions, 2001), which won the 2002 William Carlos Williams Award; The City in Which I Love You (BOA Editions, 1990), which was the 1990 Lamont Poetry Selection; and Rose (BOA Editions, 1986), which won the Delmore Schwartz Memorial Poetry Award.  He has been the recipient of a Fellowship from the Academy of American Poets, a Lannan Literary Award, a Whiting Writer's Award, the PEN Oakland/Josephine Miles Award, the I. B. Lavan Award, three Pushcart Prizes, and grants from the Illinois Arts Council, the Commonwealth of Pennsylvania, the Pennsylvania Council on the Arts, and the National Endowment for the Arts, as well as a Guggenheim Foundation fellowship. In 1998, he received the honorary degree of Doctor of Humane Letters from State University of New York at Brockport. He lives in Chicago, Illinois, with his wife and their two sons. Source

People have been trying to kill me since I was born,

a man tells his son, trying to explain

the wisdom of learning a second tongue.

It’s an old story from the previous century

about my father and me.

about me and my son.

and the Melancholy of Racial Assimilation.”

called “The Child Who’d Rather Play than Study.”

Practice until you feel

the language inside you, says the man.

But what does he know about inside and outside,

my father who was spared nothing

in spite of the languages he used?

And me, confused about the flesh and the soul,

who asked once into a telephone,

Am I inside you?

You’re always inside me, a woman answered,

at peace with the body’s finitude,

at peace with the soul’s disregard

of space and time.

Am I inside you? I asked once

lying between her legs, confused

about the body and the heart.

If you don’t believe you’re inside me, you’re not,

she answered, at peace with the body’s greed,

at peace with the heart’s bewilderment.

called “Patterns of Love in Peoples of Diaspora,”

called “Loss of the Homeplace

and the Defilement of the Beloved,”

called “I want to Sing but I Don’t Know Any Songs.”