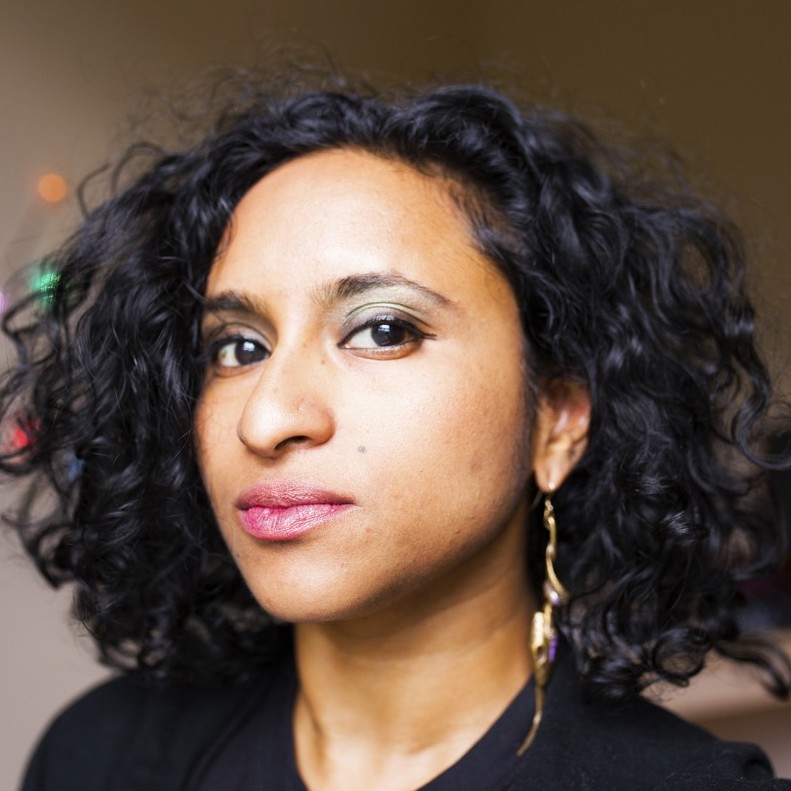 TARFIA FAIZULLAH is the author of two poetry collections, REGISTERS OF ILLUMINATED VILLAGES (Graywolf, 2018) and SEAM (SIU, 2014). Tarfia’s writing appears widely in the U.S. and abroad in the Daily Star, Hindu Business Line, BuzzFeed, PBS News Hour, Huffington Post, Poetry Magazine, Ms. Magazine, the Academy of American Poets, Oxford American, the New Republic, the Nation, Halal If You Hear Me (Haymarket, 2019), and has been displayed at the Smithsonian, the Rubin Museum of Art, and elsewhere. The recipient of a Fulbright fellowship, three Pushcart prizes, and other honors, Tarfia presents work at institutions and organizations worldwide, and has been featured at the the Liberation War Museum of Bangladesh, the Library of Congress, the Fulbright Conference, the Lannan Center for Poetics and Social Practice, the Radcliffe Seminars, and elsewhere. Tarfia’s writing is translated into Bengali, Persian, Chinese, and Tamil, and is part of the theater production Birangona: Women of War. Tarfia’s collaborations include photographers, producers, composers, filmmakers, musicians, and visual artists, resulting in several interdisciplinary projects, including an EP, Eat More Mango. In 2016, Tarfia was recognized by Harvard Law School as one of 50 Women Inspiring Change, and is a 2019 USA Artists Fellow. Born in Brooklyn, NY to Bangladeshi immigrants and raised in Texas, Tarfia currently lives in Dallas. Source

Yr Not Exotic, But Once Ya Wanted to Be

Whenever folks discuss finding themselves,

ya get kinda giggly. Maybe b/c ya found

who preferred ya in both corset and bindi,

and it was for her ya begrudgingly waxed

of reclamation via musks all motherland-misty

weekend, ya found yrself in leggings to argue

again with yr Dominican love over the tender

to find yrself in a garden kissing a risk-

taking party until ya feel as good as a half-price

by a mixed-race admirer on a humid evening,

mostly b/c yr too busy galaxy-gazing

to be anyone’s so-fair-and-lovely. Was that

a touch of pride or self-pity? Probably. But ya

at yr love of both tequila and mango lassis.

Does yr Guyanese love truly expect ya to replace

the chicken & fish in yr diet with mushrooms

frequently. Ya don’t know what to make of it:

humanity. Ever find yrself advised by

to be cheerful after a famous poet called ya Debbie

Downer for mentioning the hurricanes in yr other

what music can be cleaved from a dull language

into an anomalous nationality. A personal theory:

the wings of inner menageries. Here’s to our own

of exotic beauty. This is not a poem! Or is it

an efficient exercise in surviving hysteria?