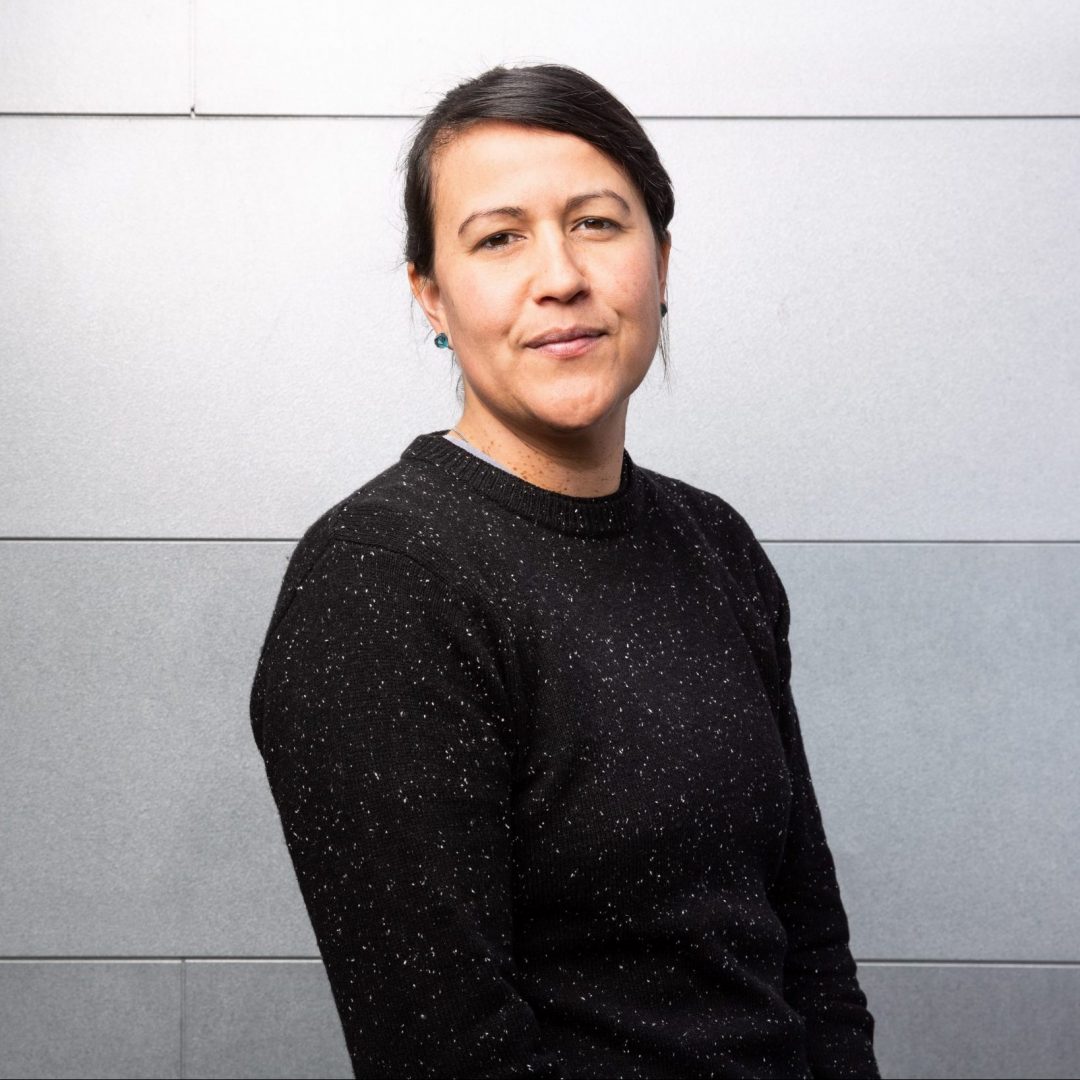 Natalie Diaz was born and raised in the Fort Mojave Indian Village in Needles, California, on the banks of the Colorado River. She is Mojave and an enrolled member of the Gila River Indian Tribe. Her first poetry collection, When My Brother Was an Aztec, was published by Copper Canyon Press in 2012. She is 2018 MacArthur Foundation Fellow, a Lannan Literary Fellow and a Native Arts Council Foundation Artist Fellow. She was awarded a Bread Loaf Fellowship, the Holmes National Poetry Prize, a Hodder Fellowship, and a PEN/Civitella Ranieri Foundation Residency, as well as being awarded a US Artists Ford Fellowship. Diaz teaches at the Arizona State University Creative Writing MFA program. Source

Angels don’t come to the reservation.

Coyotes, too. They all mean the same thing—

eats angels, I guess, because I haven’t seen an angel

fly through this valley ever.

Gabriel? Never heard of him. Know a guy named Gabe though—

he came through here one powwow and stayed, typical

Indian. Sure he had wings,

jailbird that he was. He flies around in stolen cars. Wherever he stops,

Like I said, no Indian I’ve ever heard of has ever been or seen an angel.

Maybe in a Christmas pageant or something—

Nazarene church holds one every December,

Pastor John’s son is the angel—everyone knows angels are white.

Quit bothering with angels, I say. They’re no good for Indians.

some white god came floating across the ocean?

Truth is, there may be angels, but if there are angels

up there, living on clouds or sitting on thrones across the sea wearing

’xactly where they are—in their own distant heavens.

You better hope you never see angels on the rez. If you do, they’ll be marching you off to

Zion or Oklahoma, or some other hell they’ve mapped out for us.

an ancient form that is guided by alphabetical order. When written in English, each line or stanza generally begins with the letters of the alphabet in order. The form was traditionally used in ancient cultures for sacred writings such as prayers, hymns, and psalms.