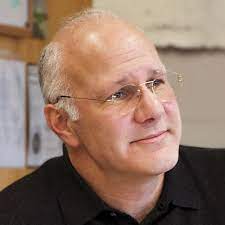 Henri Cole (1956-present) was born in Fukuoka, Japan and raised in Virginia. He has published nine collections of poetry and, most recently, his memoir Orphic Paradise. He served as the poetry editor of The New Republic until 2014, teaches at Claremont McKenna College, and lives in Boston, Massachusetts. Source

My father lived in a dirty dish mausoleum,

which he preferred to Modern Fiction.

One by one, his schnauzers died of liver disease,

except the one that guarded his corpse

found holding a tumbler of Bushmills.

"Dead is dead," he would say, an anti-preacher.

I took a plaid shirt from the bedroom closet

and some motor oil—my inheritance.

Once, I saw him weep in a courtroom—

me much affection but gave me a knack

for solitude, which has been mostly useful.