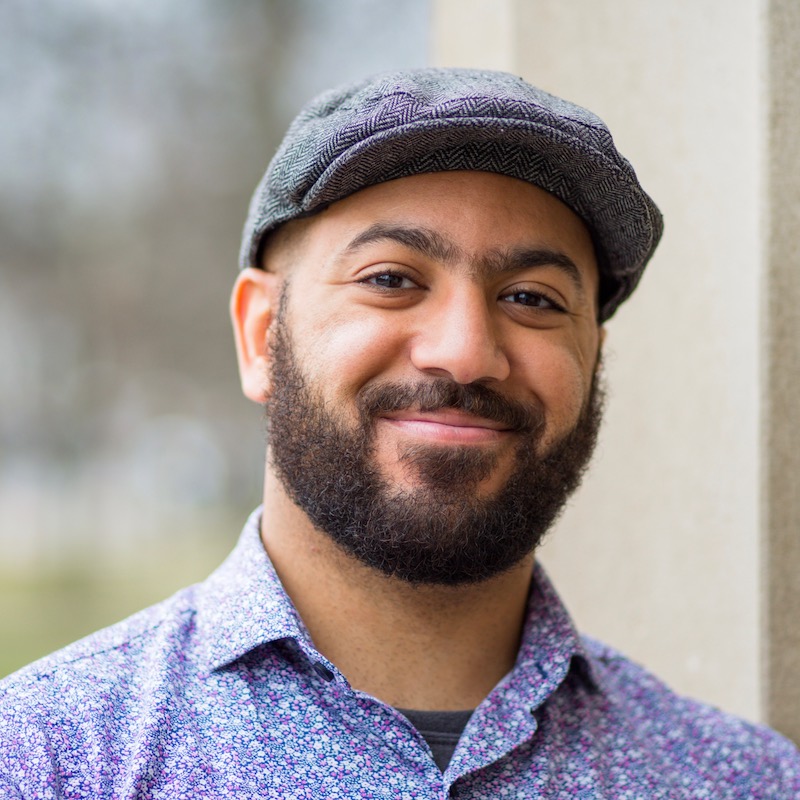 Marlin M Jenkins (?-) is a black arab queer poet who was was born and raised in Detroit, Michigan. He received his MFA from the University of Michigan and is an editor for HEArt Online.  Source

Ode to my Uni-brow

Perhaps it is not pronounced enough to easily notice,

at least from a distance, but praise be to the hairs

my jido came here in, bridge to Dearborn,

is a monument over the bridge

of my nose. Since high school I used to keep the middle

for togetherness, in the name of neatness, I told myself,

though how so many of us have tried to pass, and true —

that is a form of survival but this now also

a form of thriving, of what refuses to be cut down

any longer, so praise be to the hairiness my Lebanese

family shares, praise be to owning what may keep

the TSA’s eyes on us, though god-willing not their hands

(and fuck the TSA, while we’re at it), and praise be

to pride and to the Muslim man at the gas station

who asks if I am Muslim, too, and though I am not, praise

to being seen as a brother (and to the beard

and back and knuckle hair, while we’re at it) —

an oak with so many of its leaves

refusing to enter another shaven autumn,

a cedar holding tight to all its needles.