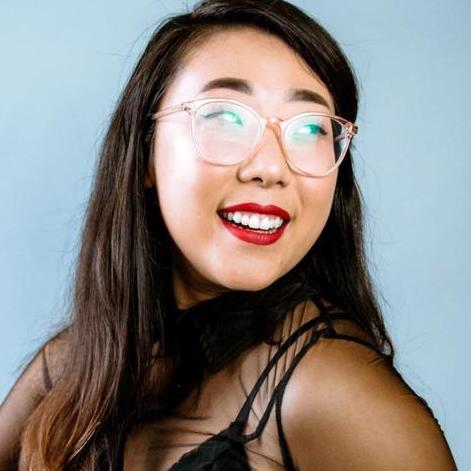 Franny Choi is the author of several books, including, Soft Science (Alice James Books, 2019), Floating, Brilliant, Gone (Write Bloody Publishing, 2014), and a chapbook, Death by Sex Machine (Sibling Rivalry Press, 2017). She was a 2019 Ruth Lilly and Dorothy Sargent Rosenberg Fellow and has also received awards from the Rhode Island State Council on the Arts and Princeton University’s Lewis Center. Her poems have appeared in the New York Times, the Nation, the Atlantic, Paris Review, and elsewhere. She co-hosts the Poetry Foundation’s podcast VS (it’s pronounced “verses”—get it?) alongside Danez Smith and is currently an Arthur Levitt, Jr. Artist-in-Residence at Williams College. Source

There is a door to the right of the woman and a door behind her. Here: a woman made of doors, who stands on the borders between rooms and is still a woman. When children smile into picture books, they are looking through a series of windows that ends in a pastel wall.The woman named her first daughter after the space between the walls the day she learned to fit. She named her daughter January. She named her second daughter after the distance between an eye and a picture book lying open on the other side of a glass door. She named her second daughter Never. This isn’t true. The woman named her daughters after grandmothers long dust, as a means of hoping they would become hallways between rooms, or at least the hollow knock that hints of secrets in the walls. The daughters named their mother after the light smiling through the bottom crack of a door.The woman named herself after the way a girl, sitting in a door frame, looks pretty enough to hang in a museum.