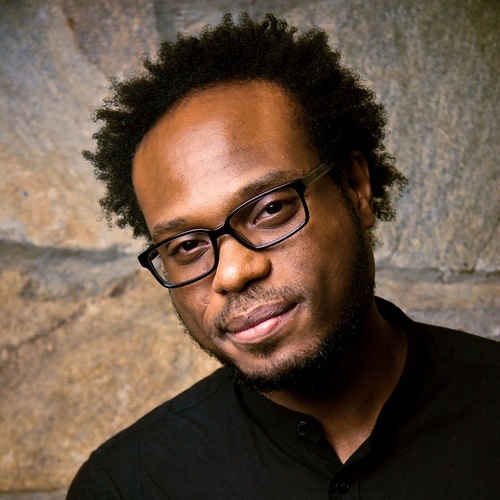 Jamaal May was born and raised in Detroit. His first book, Hum (2013), won a Beatrice Hawley Award and an American Library Association Notable Book Award and was an NAACP Image Award nominee. Hum explores machines, technology, obsolescence, and community; in an interview, May stated of this collection, “Ultimately, I’m trying to say something about dichotomy, the uneasy spaces between disparate emotions, and by extension, the uneasy spaces between human connection.” May’s poems have appeared widely in journals such as Poetry, New England Review, The Believer, and Best American Poetry 2014. His second collection is The Big Book of Exit Strategies (2016). May has taught poetry in Detroit public schools and worked as a freelance sound engineer. He has taught in the Vermont College of Fine Arts MFA program and codirects, with Tarfia Faizullah, the Organic Weapon Arts Chapbook and Video Series. Source

There Are Birds Here

There are birds here,

so many birds here

is what I was trying to say

when they said those birds were metaphors

for what is trapped

The birds are here

to root around for bread

I don’t mean the bread is torn like cotton,

I said confetti, and no

a tank can make of a building.

I mean the confetti

a boy can’t stop smiling about

and no his smile isn’t much

I am trying to say

is as tattered and feathered

as shadow pierced by sun

by shadow-dance as anything else,

but they won’t stop saying

how lovely the ruins,

how ruined the lovely

children must be in that birdless city.