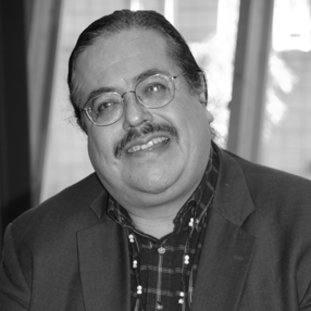 Chicano poet and educator Francisco Xavier Alarcón was born in Wilmington, California, on February 21, 1954. During his childhood, Alarcón straddled the line between cultures, spending time living with his parents outside of Los Angeles and his other relatives in Guadalajara, Mexico. This diverse upbringing would significantly influence Alarcón’s work, leading him to become, as he says, a “binational, bicultural, and a bilingual writer.”  Alarcón has published numerous poetry collections, including Canto hondo/Deep Song (University of Arizona Press, 2015), and Borderless Butterflies: Earth Haikus and Other Poems/Mariposas sin fronteras: Haikus terrenales y otros poemas (Poetic Matrix Press, 2014). An advocate of bilingual education and using poetry as a tool of empowerment, knowledge, and understanding, Alarcón has published several Spanish language instruction textbooks and written a number of award-winning, bilingual poetry books for children. His honors include the 1993 American Book Award, Carlos Pellicer-Robert Frost Poetry Honor Award, Chicano Literary Prize, Fred Cody Lifetime Achievement Award, and the 1993 PEN Oakland Josephine Miles Award. Alarcón was a lecturer of Spanish and the director of the Spanish for Native Speakers program at the University of California, Davis. He died on January 15, 2016. Source

In a Neighborhood in Los Angeles

she went far away