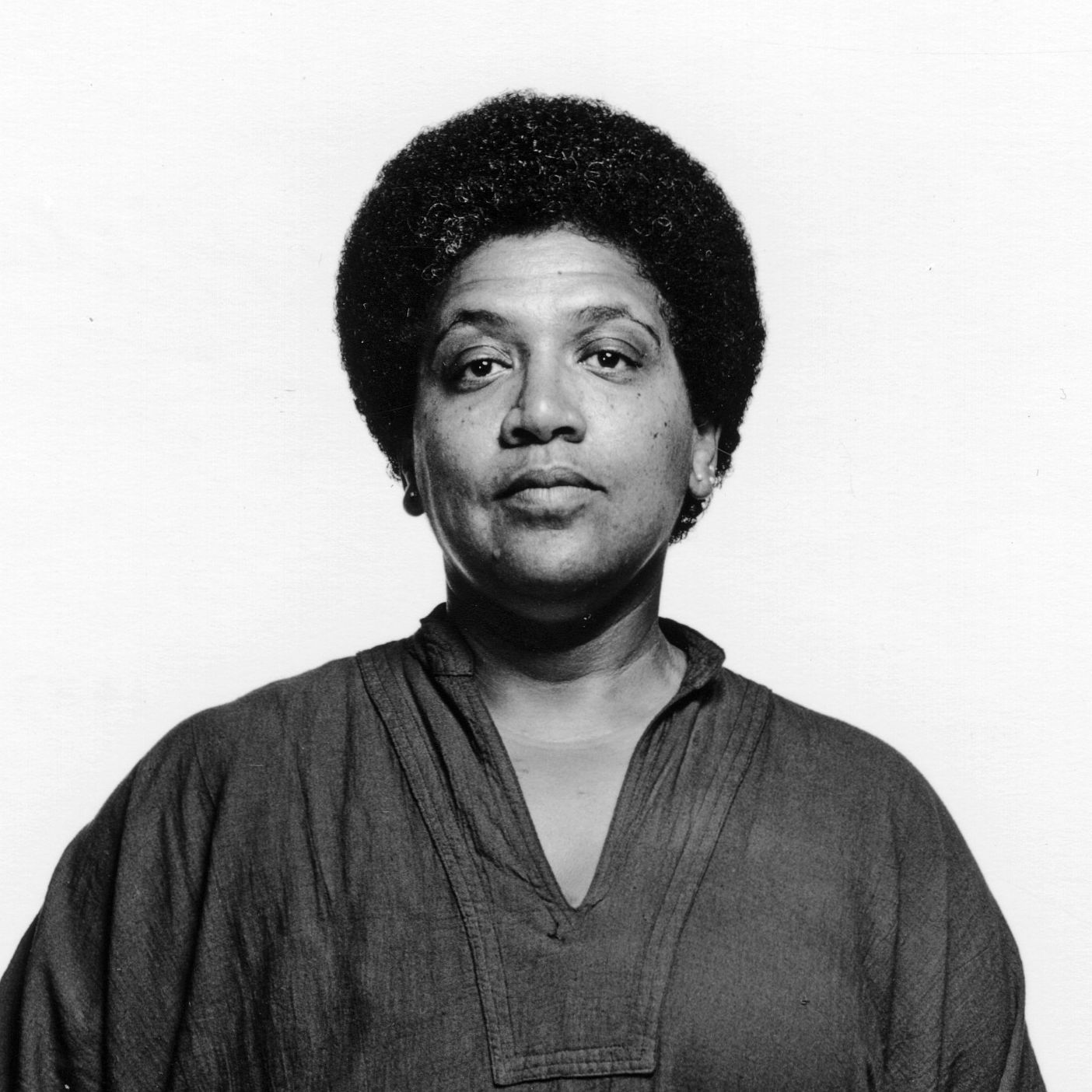 Poet, essayist, and novelist Audre Lorde was born on February 18, 1934, in New York City. Lorde received her BA from Hunter College and an MLS from Columbia University. Her first volume of poems, The First Cities, was published in 1968. In 1968 she also became the writer-in-residence at Tougaloo College in Mississippi, where she discovered a love of teaching. The First Cities was quickly followed with Cables to Rage (1970) and From a Land Where Other People Live (1973), which was nominated for a National Book Award. In 1974 she published New York Head Shot and Museum. Whereas much of her earlier work focused on the transience of love, this book marked her most political work to date. In 1976, W. W. Norton released her collection Coal and shortly thereafter published The Black Unicorn. Lorde was diagnosed with cancer and chronicled her struggles in her first prose collection, The Cancer Journals, which won the Gay Caucus Book of the Year award for 1981. Her other prose volumes include Zami: A New Spelling of My Name (1982), Sister Outsider: Essays and Speeches (1984), and A Burst of Light (1988), which won a National Book Award. She received a fellowship from the National Endowment for the Arts in 1981. In the 1980s, Lorde and writer Barbara Smith founded Kitchen Table: Women of Color Press. She was also a founding member of Sisters in Support of Sisters in South Africa, an organization that worked to raise concerns about women under apartheid. Audre Lorde was professor of English at John Jay College of criminal justice and Hunter College. She was the poet laureate of New York from 1991-1992. She died of breast cancer in 1992. The Collected Poems of Audre Lorde was published in 1997. Source

The difference between poetry and rhetoric

is being ready to kill

instead of your children.

I am trapped on a desert of raw gunshot wounds

and a dead child dragging his shattered black

face off the edge of my sleep

blood from his punctured cheeks and shoulders

is the only liquid for miles

churns at the imagined taste while

my mouth splits into dry lips

without loyalty or reason

thirsting for the wetness of his blood

as it sinks into the whiteness

of the desert where I am lost

without imagery or magic

trying to make power out of hatred and destruction

trying to heal my dying son with kisses

only the sun will bleach his bones quicker.

I have not been able to touch the destruction