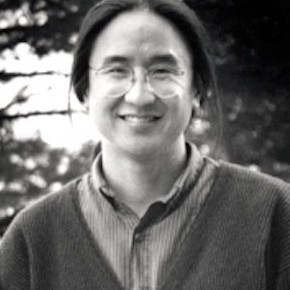 Timothy Liu (Liu Ti Mo) was born in 1965 in San Jose, California to immigrant parents from Mainland China. He is the author of twelve books of poems, including Of Thee I Sing, selected by Publishers Weekly as a 2004 Book-of-the-Year; Say Goodnight, a 1998 PEN Open Book Margins Award; and Vox Angelica, which won the 1992 Poetry Society of America's Norma Farber First Book Award. He has also edited Word of Mouth: An Anthology of Gay American Poetry. Translated into ten languages, Liu’s poems have appeared in such places as Best American Poetry, Bomb, Kenyon Review, The Nation, Paris Review, Ploughshares, Poetry, The Pushcart Prize, Virginia Quarterly Review and The Yale Review. His journals and papers are archived in the Berg Collection at the New York Public Library. He is currently a Professor of English at William Paterson University in New Jersey. Liu is an intuitive reader of occult esoterica, including the Tarot and the I-Ching. Source

I was always afraid

of the next card

the psychic would turn

every card in the deck.