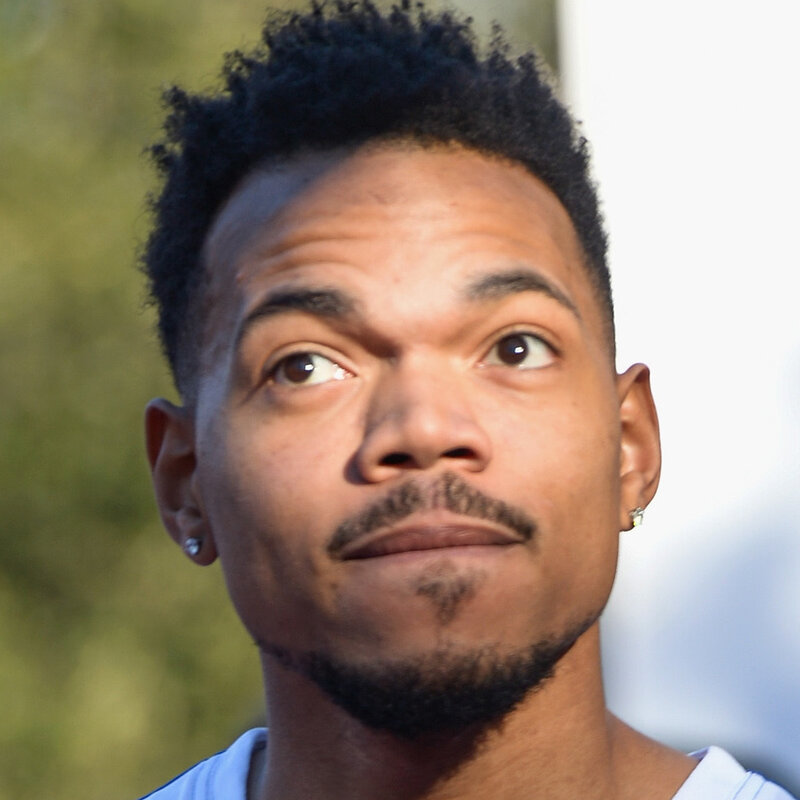 Chance the Rapper is one of the biggest breakout stars of the past few years, achieving fame and success in an unorthodox way — by avoiding the major labels that want to sign him. Fiercely independent and articulate, he’s found a way to please both the backpacker fans and a much wider audience through savvy collaborations with the likes of Lil Wayne and Kanye West. He’s also politically active, and a recent act of philanthropy, which saw him donate $1 million to Chicago public schools, even had fellow Chicagoan Michelle Obama tweeting her praise for him: “Thanks for giving back to the Chicago community, which gave us so much. You are an example of the power of arts education.” Source

I don't make songs for free, I make 'em for freedom

Chisel me into stone, prayer whistle me into song air

Jesus' black life ain't matter, I know, I talked to his daddy

Said you the man of the house now, look out for your family

He has ordered my steps, gave me a sword with a crest