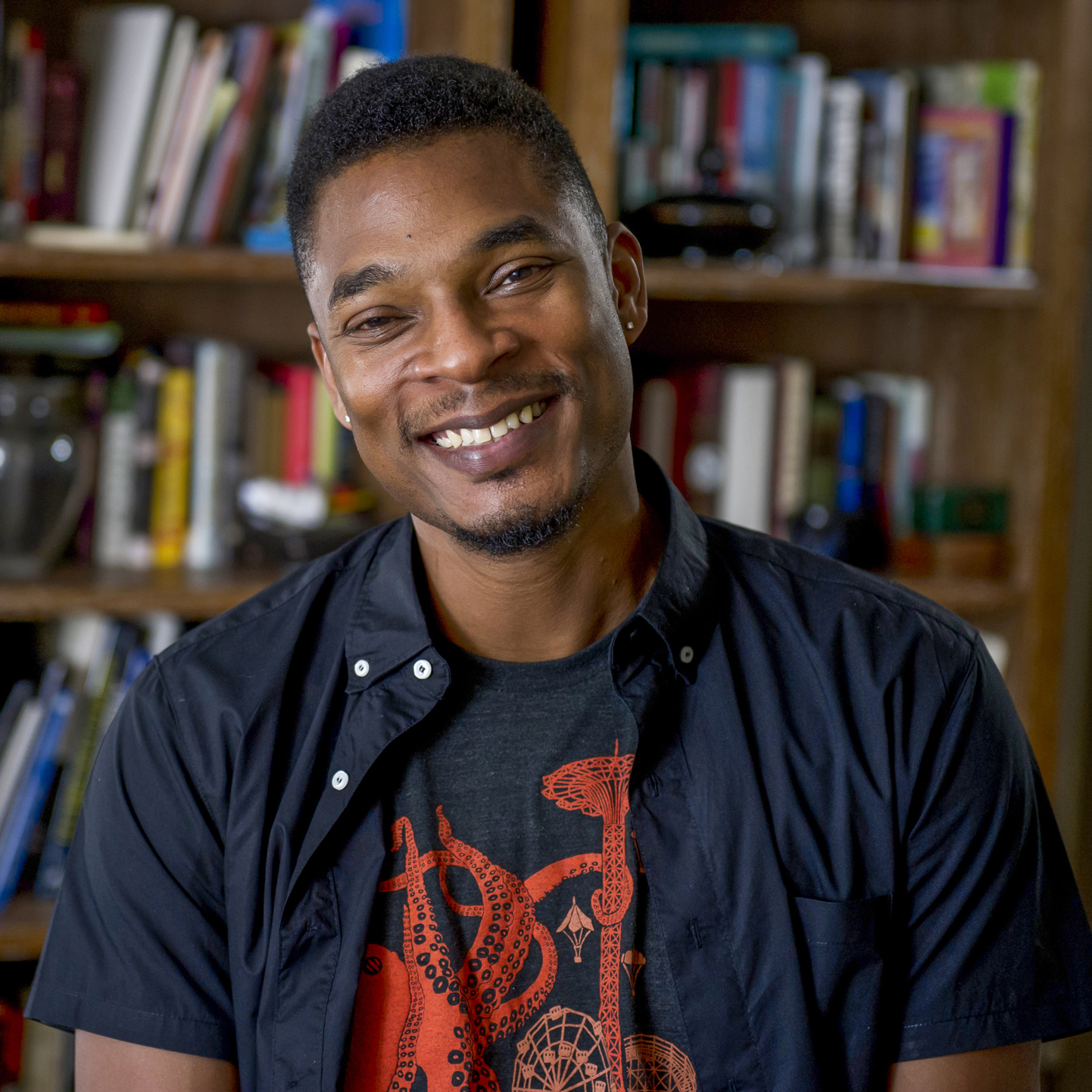 Terrance Hayes was born in Columbia, South Carolina, on November 18, 1971. He received a BA from Coker College in Hartsville, South Carolina, where he studied painting and English and was an Academic All-American on the men’s basketball team, and an MFA from the University of Pittsburgh writing program. Terrance Hayes is the author of eight collections of poetry, including American Sonnets for My Past and Future Assassin (Penguin Poets, 2018), which received the 2019 Hurston/Wright Foundation Legacy Award for poetry and was a finalist for the 2018 Los Angeles Times Book Prize in Poetry, the 2018 National Book Award in Poetry, the 2018 National Book Critics Circle Award in Poetry, and was shortlisted for the 2018 T. S. Eliot Prize; How to Be Drawn (Penguin Books, 2015), a finalist for both the National Book Award and the National Book Critics Circle Award, and winner of the 2016 NAACP Image Award for Poetry; Lighthead (Penguin, 2010), which won the National Book Award for Poetry; Wind in a Box (Penguin, 2006); Hip Logic (Penguin, 2002), which won the 2001 National Poetry Series and was a finalist for the Los Angeles Times Book Award; and Muscular Music (Tia Chucha Press, 1999), winner of the Kate Tufts Discovery Award. He is also the author of the collection, To Float In The Space Between: Drawings and Essays in Conversation with Etheridge Knight (Wave, 2018), which received the 2019 Pegasus Award for Poetry Criticism and was a finalist for the 2018 National Book Critics Circle Award in Non-Fiction. He has received many honors and awards, including a Whiting Writers Award, a Pushcart Prize, a Pegasus Award for Poetry Criticism, and three Best American Poetry selections, as well as fellowships from the National Endowment for the Arts and the Guggenheim Foundation. In 2014, he was named a recipient of a MacArthur Fellowship. He was elected a Chancellor of the Academy of American Poets in 2017 and serves as an ex officio member of the Academy's Board of Directors. He is currently Professor of English at New York University and resides in New York City. Source

where men-size children loiter like shadows drape in outsize

denim, jerseys, braids, and boots that mean I am no longer young;

after I have made my way to the New Orleans Parish Jail down the block,

where the black prison guard wearing the same weariness

my prison guard father wears buzzes me in, I follow his pistol and shield

along each corridor trying not to look at the black men

boxed and bunked around me until I reach the tiny classroom

I saw in a pond once in Japan, so many fat, snaggletoothed fish

to drop into the mouths below his footsteps, which I’m thinking

is how Jesus must have walked on the lake that day, the crackers and crumbs

falling from the folds of his robe, and how maybe it was the one fish

into a narrow loaf of bread, something that could stick to a believer’s ribs,

and don’t get me wrong, I’m a believer too, in the power of food at least,

having seen a footbridge of carp packed gill to gill, packed tighter

than a room of boy prisoners waiting to talk poetry with a young black poet,

packed so close they'd have eaten each other had there been nothing else to eat.