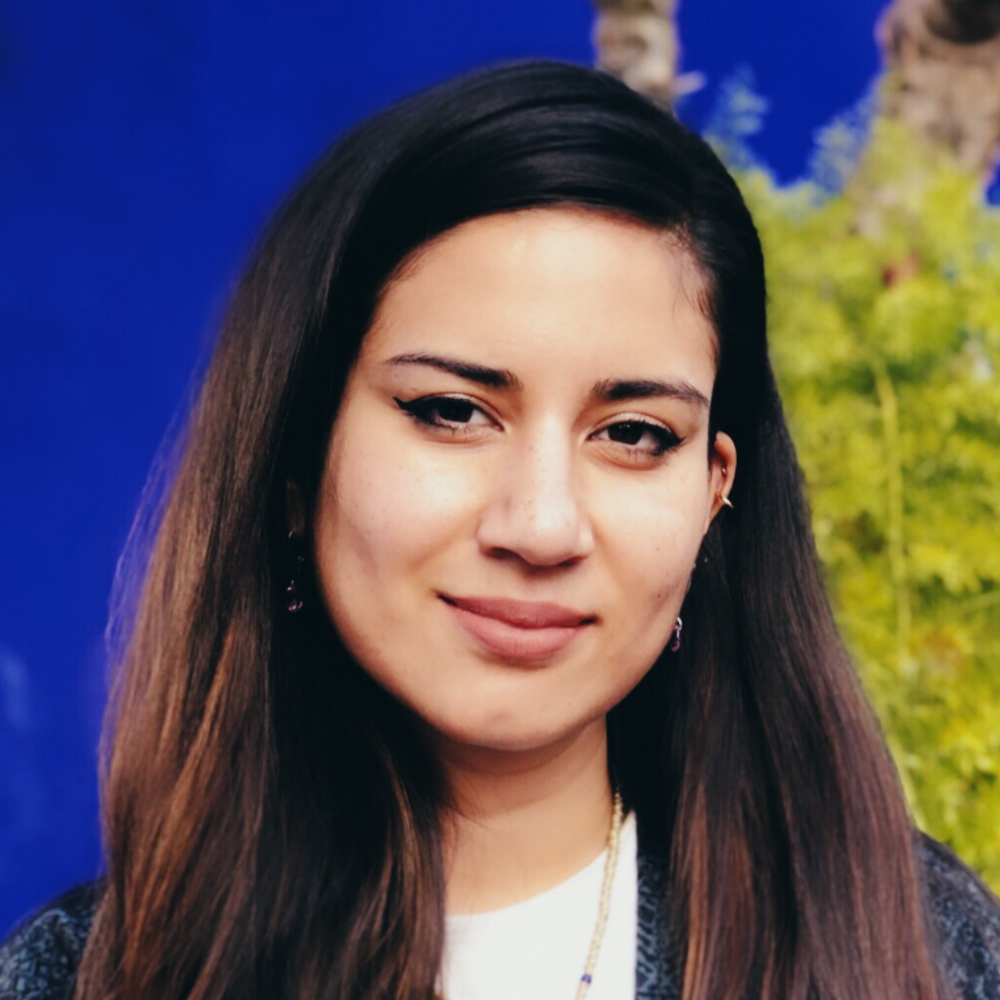 Aria Aber was raised in Germany. Her debut book Hard Damage won the Prairie Schooner Book Prize in Poetry and was published in September 2019. Her poems are forthcoming or have appeared in The New Yorker, New Republic, Kenyon Review, The Yale Review, Poem-A-Day, Narrative, Muzzle Magazine, Wasafiri and elsewhere. A graduate from the NYU MFA in Creative Writing, where she was the Writers in Public Schools Fellow, she holds awards and fellowships from Kundiman, Dickinson House, and the Wisconsin Institute of Creative Writing. She is the recipient of a 2020 Whiting Award in Poetry and is currently a Wallace Stegner Fellow in Poetry at Stanford University. She is at work on a novel and a second book of poems. Source

and parade their grief with musky, expensive scents

that whisper in elevators and hallways.

the unnatural: every aunt has a son

who fell, or a daughter who hid in rubble

for two years, until that knock of officers

holding a bin bag filled with a dress

and bones. But what do I know?

I get pedicures and eat madeleines

while reading “Swann’s Way.” When I tell

she screams It is not yours to want.

Have some cream cheese with that, says another.

Oh, what wonder to be alive and see

my father’s footprints in his sister’s garden.

saying All the time when the tele-researcher asks him

How often do you think your life

is a mistake? During the procession, the aunts’ wails

I hate every plumed minute of it. God invented

everything out of nothing, but the nothing

but when some stranger asks

if it stinks in Afghanistan, I am so shocked

that I hug him. And he lets me,

his ankles briefly brushing against mine.