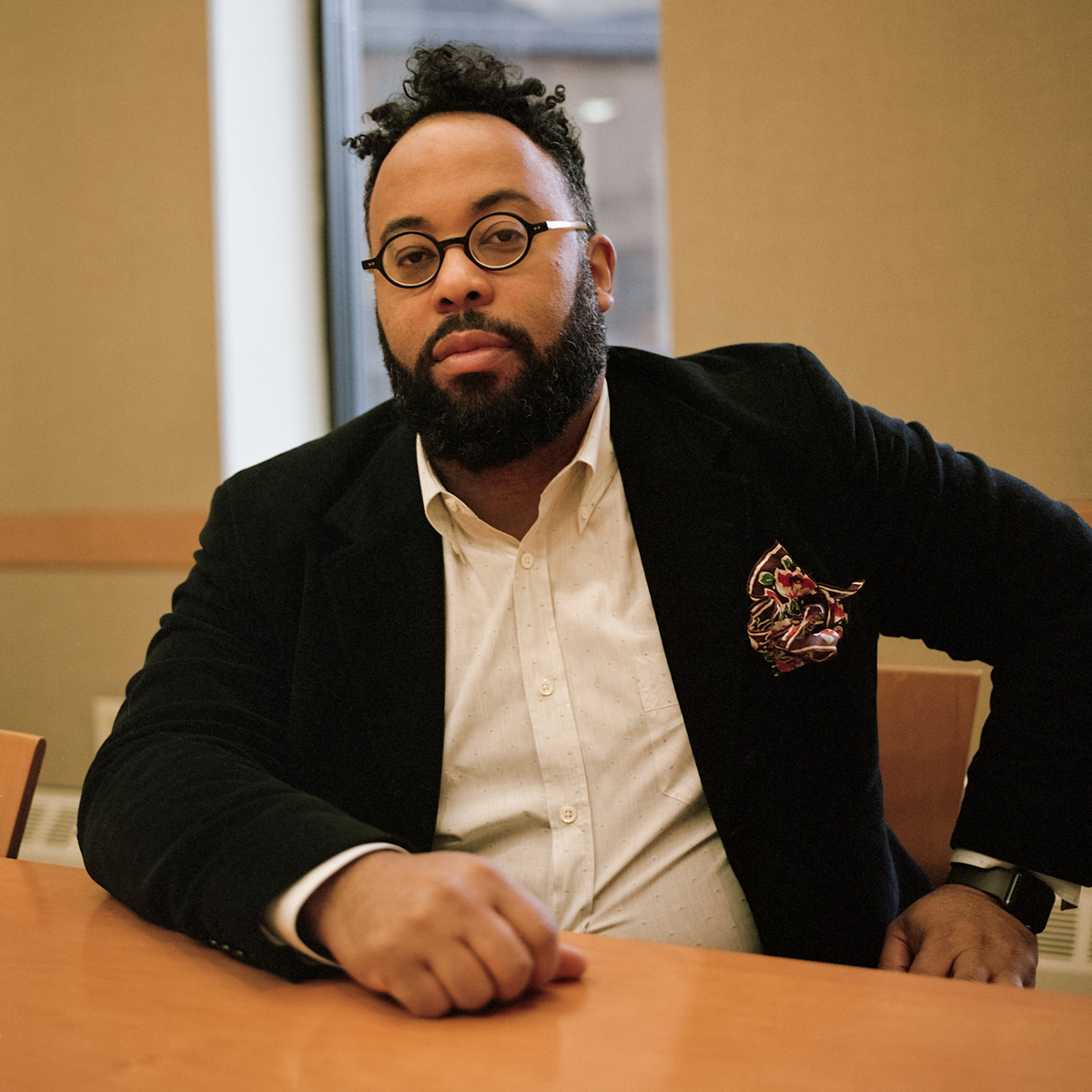 Kevin Young is the director of the Schomburg Center for Research in Black Culture, recently named a National Historic Landmark, and poetry editor of the New Yorker, where he also hosts the poetry podcast. He is the author of thirteen books of poetry and prose, most recently Brown (Knopf, 2018), as featured on the Daily Show with Trevor Noah; Blue Laws: Selected & Uncollected Poems 1995-2015 (Knopf, 2016), longlisted for the National Book Award; and Book of Hours (Knopf, 2014), a finalist for the Kingsley Tufts Poetry Award and winner of the Lenore Marshall Prize for Poetry from the Academy of American Poets. His collection Jelly Roll: a blues (Knopf, 2003) was a finalist for both the National Book Award and the Los Angeles Times Book Prize. He is a member of the American Academy of Arts and Sciences and was named a Chancellor of the Academy of American Poets in 2020. He will be the director of the National Museum of African American History and Culture starting in January 2021. Source

Ode to the Midwest

The country I come from is called the Midwest —Bob Dylan

I want to be doused

the aisles, my heart’s

as cholesterol. I want to die

I want to live

forever in a Christmas sweater,

off the front. I want to write

a check in the express lane.

I want to scrape

I want to see what the sun

sees before it tells

the snow to go. I want to be

the only black person I know.

I want to throw

out my back & not

I want to cut

I want to jog

down to the river

I want to walk

& make me a withdrawal.

I tried jumping in,

to my rooms where the moon

a short quotation or saying at the beginning of a book or chapter, intended to suggest its theme

a lyric poem in the form of an address to a particular subject, often elevated in style or manner and written in varied or irregular meter