Poet, translator, and editor Rosmarie Waldrop is a forceful presence in American and international poetry. Born in Germany, Waldrop studied literature and musicology at the University of Würzburg and the University of Freiburg before immigrating to the United States in the late 1950s. She received a PhD from the University of Michigan in 1966. In 1961, she and her husband Keith Waldrop launched Burning Deck Magazine. The magazine evolved into Burning Deck Press, one of the most influential publishers for innovative poetry in the United States. Waldrop has lived in Providence, Rhode Island since 1968 and she has taught at Wesleyan University, Tufts University, and Brown University.

Waldrop began writing poetry in German before immigrating to the United States. In an interview, Waldrop explained how writing in a language other than her native tongue enabled her poetry. “I wanted to be a poet, but thought it was not possible after I came to the U.S. and ‘lost’ my language. I started writing poetry in German, but had only very tentative efforts by the time I emigrated… I thought, that the way I could work with poetry would be translating (into German) and teaching. It was only gradually that I mustered the courage to attempt poems in English and to translate into English.” Now, Waldrop embraces “the discrepancies between [her] two languages” and recognizes them as “a generative force” in her poetic output rather than an obstacle.

Waldrop has authored over 20 books of poetry, fiction, and essays. In 2006 she was elected to the American Academy of Arts and Sciences.  Her other awards include fellowships from the National Endowment for the Arts, the Fund for Poetry, and a Lila Wallace-Reader’s Digest Writers’ Award. Source 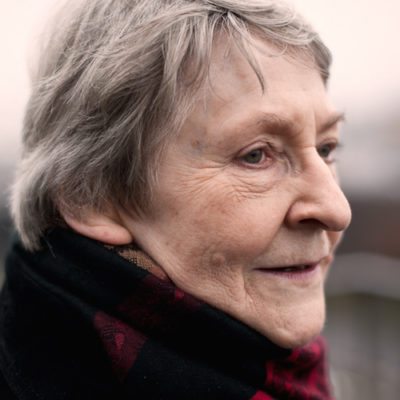 Shorter American Memory of the Declaration of Independence