Alberto Alvaro Ríos was born on September 18, 1952, in Nogales, Arizona. He received a BA degree in 1974 and an MFA in creative writing in 1979, both from the University of Arizona. Ríos has authored numerous books of poetry and prose, including Not Go Away is My Name (Copper Canyon Press, 2020); The Smallest Muscle in the Human Body (Copper Canyon Press, 2002), which was nominated for the National Book Award; Whispering to Fool the Wind (Sheep Meadow Press, 1982), which won the 1981 Walt Whitman Award selected by Donald Justice; and the novel The Iguana Killer: Twelve Stories of the Heart (Blue Moon and Confluence Press, 1984), which won the Western States Book Award. He holds numerous awards, including six Pushcart Prizes in both poetry and fiction, the Arizona Governor's Arts Award and fellowships from the Guggenheim Foundation and the National Endowment for the Arts. Since 1994 he has been Regents Professor of English at Arizona State University in Tempe, where he has taught since 1982. In 2013, Ríos was named the inaugural state poet laureate of Arizona. He served as Chancellor of the Academy of American Poets from 2014 to 2020. In 2017, he was appointed as the new director of the Virginia G. Piper Center for Creative Writing at Arizona State University.  Source 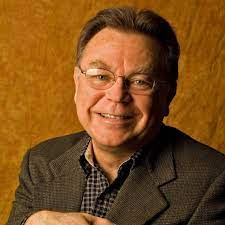