A first-generation Ukrainian-American, Olena Kalytiak Davis was born on September 16, 1963, in Detroit, Michigan. She was educated at Wayne State University, University of Michigan Law School, and Vermont College of Fine Arts.

Her first collection of poetry, And Her Soul Out of Nothing (University of Wisconsin Press, 1997), was selected by Rita Dove for the 1997 Brittingham Prize. She is also the author of Shattered Sonnets, Love Cards, and Other Off and Back Handed Importunities (Tin House, 2003), On the Kitchen Table From Which Everything Has Been Hastily Removed (Hollyridge Press, 2009), and The Poem She Didn't Write and Other Poems (Copper Canyon Press, 2014).

Davis has become known for transgressing social boundaries. Ira Sadoff has written about her reinvention of the confessional tone: "Her objective is to emphasize literature's experiential function: to enlarge consciousness, to make literature emotionally and intellectually applicable to the self. The work's smart, alternately witty, disagreeable, and moving; the resultant poems seem entirely intimate, but also gather the concerns of the age while employing a variety of poetic modes and linguistic practices....Above all, innovation aside, her poems bristle with a love of texture and the exploratory, substantive implications of language as emotional expression."

Davis is the recipient of a Guggenheim Fellowship, a Rasumon Fellowship, the 1996 Rona Jaffe Foundation Writers' Award, a Pushcart Prize, and several grants from the Alaska and Juneau Arts Councils. She lives and practices law in Anchorage, Alaska. Source 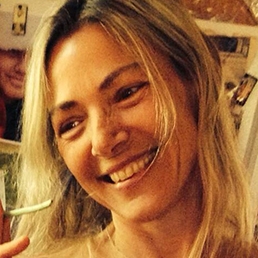 Not This (Edited)
SONNET (stopped)