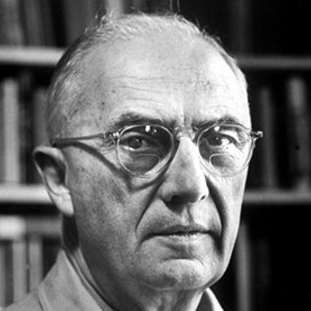 William Carlos Williams was born the first of two sons of an English father and a Puerto Rican mother of French, Dutch, Spanish, and Jewish ancestry, and he grew up in Rutherford, New Jersey. He was a medical doctor, poet, novelist, essayist, and playwright. With Ezra Pound and H.D., Williams was a leading poet of the Imagist movement and often wrote of American subjects and themes. Though his career was initially overshadowed by other poets, he became an inspiration to the Beat generation in the 1950s and 60s.  He was known as an experimenter, an innovator, a revolutionary figure in American poetry. Yet in comparison to artists of his own time who sought a new environment for creativity as expatriates in Europe, Williams lived a remarkably conventional life. A doctor for more than 40 years serving the citizens of Rutherford, he relied on his patients, the America around him, and his own ebullient imagination to create a distinctively American verse. Often domestic in focus and "remarkable for its empathy, sympathy, its muscular and emotional identification with its subjects," Williams's poetry is also characteristically honest.  Source

This Is Just To Say

when the title of a poem acts as the first line