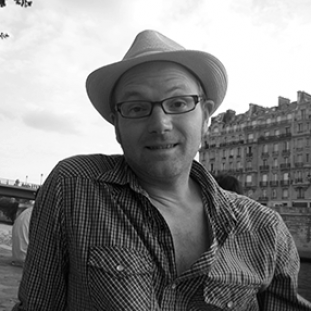 Matthew Rohrer was born in Ann Arbor, Michigan, and raised in Oklahoma. He earned his MFA from the University of Iowa Writers' Workshop. His first collection, A Hummock in the Malookas (1995), was selected by Mary Oliver for the National Poetry Series. He is the author of Satellite (2001), A Green Light (2004), Rise Up (2007), They All Seemed Asleep (2008), A Plate of Chicken (2009), Destroyer and Preserver (2011), and The Others (2017), winner of the Believer Book Award. He has also collaborated with poet Joshua Beckman on Nice Hat. Thanks (2002) and the audio CD Adventures While Preaching the Gospel of Beauty (2004).

Rohrer’s poems are known for their surreal imagery, imagination, and sharp humor. His book A Green Light was short-listed for the 2005 Griffin International Poetry Prize; the judges noted that Rohrer’s poems “present us the sideways view of the world of a young American not able to assume the mantle of hero.” The recipient of a Pushcart Prize, Rohrer has published his work in The New Young American Poets: An Anthology (2000), The New American Poets: A Bread Loaf Anthology (2000), and Legitimate Dangers: American Poets of the New Century (2006).

There Is Absolutely Nothing Lonelier

There is absolutely nothing lonelier

than the little Mars rover

never shutting down, digging up

rocks, so far away from Bond street

in a light rain. I wonder

if he makes little beeps? If so

he is lonelier still. He fires a laser

into the dust. He coughs. A shiny

thing in the sand turns out to be his.

the attribution of human characteristics or behavior to a god, animal, or object

exaggerated statements or claims not meant to be taken literally