Rose Fyleman was a prolific English writer whose publications include more than sixty volumes of fiction, poetry, and plays. Fyleman was born in 1877 in Nottingham, England. She attended University College in Nottingham, then undertook training for a career as an opera singer. Fyleman failed to find work in opera, but she nonetheless managed to obtain employment as a singer. Fyleman eventually began working as a schoolteacher. In this capacity, however, she found herself unable to readily supply her students with appropriate poems. She therefore began to generate her own poetry for use in her classroom. At the encouragement of a fellow teacher, Fyleman sent her poetry to Punch, which accepted her work for publication. In 1918 she published her first book, The Sunny Book, and in the last years of the decade she produced two more volumes, Fairies and Chimneys and The Fairy Green. During the 1920s Fyleman published further volumes of verse and fiction set in a fairyland free of gloom and danger. Fyleman also produced conventional stories for children. In the 1940s and 1950s, while she enjoyed further success with her collections of poetry and fiction about fairies, Fyleman continued to issue a range of works for children. Fyleman died in 1957. Source 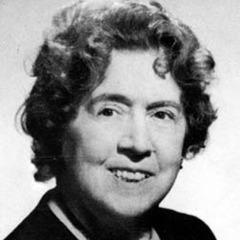